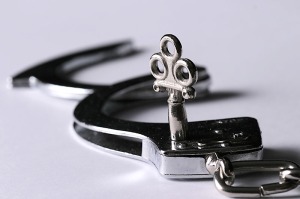 As you can imagine, the families of these men were ecstatic with joy and relief when their loved ones came home after being held for so long by a government that is not known for its kindness toward outsiders. The men, themselves, also must have felt good knowing that family members and friends from their home country had been praying for them and working hard for their release.

As I think about the human condition, I would like to point out a parallel in the stories of these three men released from bondage in a hostile country and the broader story of mankind. You see, the Bible speaks of us humans as being in bondage to our sins and wrongdoings. Jesus Christ said in John 8:34, “Verily, verily (truly, truly), I say unto you, Whosoever committeth sin is the servant of sin.” Acts 8:23 speaks of people as being “in the bondage of iniquity.” This slavery to sin is the cause of our decay and the cause of our eventual death.

Have you ever felt as if you couldn’t help but lie or steal or lust or do something you knew was wrong? That is what it means to be in bondage to sin or to be a slave to sin. So, if we are in bondage to sin, it is natural to wonder how we can be freed from that bondage. Thankfully, Scripture provides us the answer to this question. END_OF_DOCUMENT_TOKEN_TO_BE_REPLACED