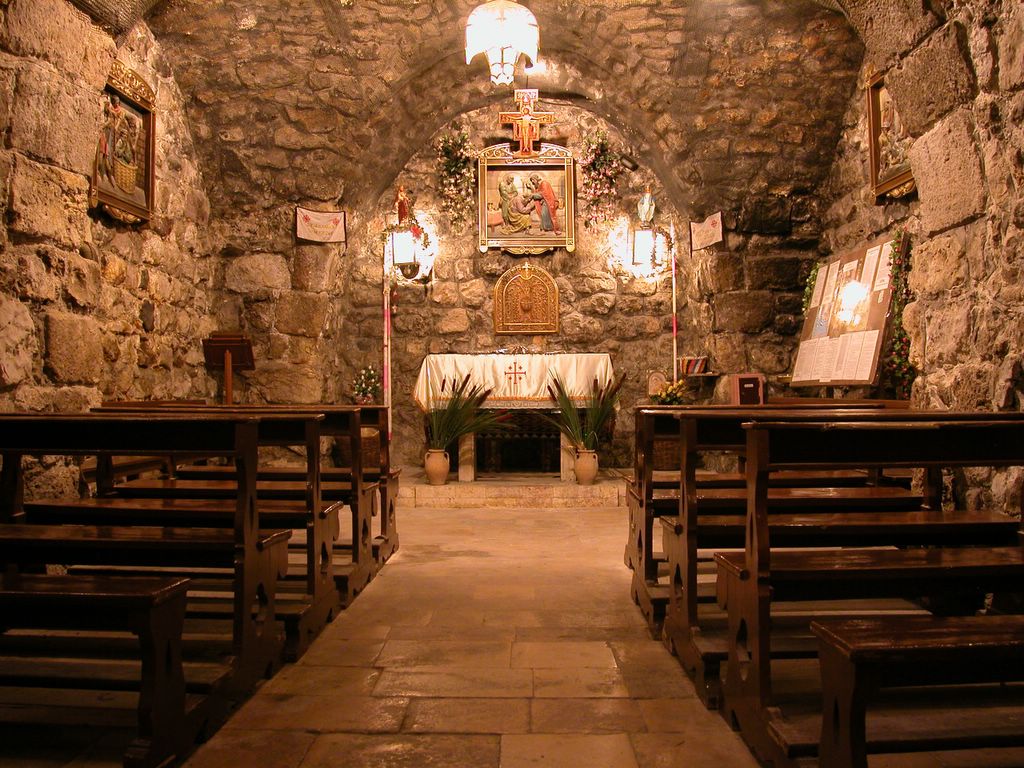 A homily is “a short talk on a religious or moral topic; a usually short sermon; a lecture or discourse on or of a biblical theme.”

1 Unto the angel of the church of Ephesus write; These things saith he that holdeth the seven stars in his right hand, who walketh in the midst of the seven golden candlesticks;

2 I know thy works, and thy labour, and thy patience, and how thou canst not bear them which are evil: and thou hast tried them which say they are apostles, and are not, and hast found them liars:

3 And hast borne, and hast patience, and for my name’s sake hast laboured, and hast not fainted.

4 Nevertheless I have somewhat against thee, because thou hast left thy first love.

5 Remember therefore from whence thou art fallen, and repent, and do the first works; or else I will come unto thee quickly, and will remove thy candlestick out of his place, except thou repent.

6 But this thou hast, that thou hatest the deeds of the Nicolaitanes, which I also hate.

7 He that hath an ear, let him hear what the Spirit saith unto the churches; To him that overcometh will I give to eat of the tree of life, which is in the midst of the paradise of God.

A.W. Tozer said, “When a preacher who fits the mold of the prophets of old comes (and I pray God there will be not one but many), he will stand in flat contradiction to everything our civilization holds dear. He will contradict, denounce, and protest in the name of God and will earn the hatred and opposition of a large segment of Christendom. Such a man is likely to be lean, rugged, blunt-spoken and a little bit angry with the world. He will love Christ and the souls of men to the point of willingness to die for the glory of the One and the salvation of the other. But he will fear nothing that breathes with mortal breath.”

Leonard Ravenhill said, “AIl you have to do is decide to walk a little closer to God and you’ll be criticized more in the church than in the bar down the street.”

In their book, The Ten Greatest Revivals Ever, Elmer Towns and Douglas Porter share with us: “James Alexander Haldane and his brother Robert were well-known revivalists in their native Scotland in the early 1800s, but their greatest work was accomplished in Geneva, Switzerland, with much smaller crowds. The latter work was greater because in the long run it had a much wider and longer influence in reviving God’s people. The brothers attracted large crowds to hear the preaching of the gospel in Scotland, but these weren’t crusades in the usual sense of the word. Although the two brothers never formally organized their converts into churches, their assemblies were for all intents and purposes the megachurches of that day.”

In His letter, Jesus clearly explained how the church at Ephesus — and any Christian today — can get back to their first love. They must remember, repent, and repeat the first works. But what happens if a church does not take these steps? Jesus told the Ephesian church, “I will come unto thee quickly, and will remove thy candlestick out of his place, except thou repent.”

I don’t know about you, but the prospect of a church’s “candlestick” being removed is frightening. What does the Lord mean? Jesus is saying that if the Ephesian church does not get back to their first love and begin doing the first works, they will soon cease to be considered a church of Jesus Christ. In other words, their “light” will flicker out. Dr. Warren Wiersbe said, “In spite of the privileges it had enjoyed, the church of Ephesus was in danger of losing its light! The church that loses its love will soon lose its light, no matter how doctrinally sound it may be. ‘I will come and remove thy candlestick’ is not referring to the Lord’s return, but to His coming judgment then and there. The glorious city of Ephesus is today but a heap of stones and no light is shining there.”

If a church loses its first love for Jesus Christ and the things of God, it will soon no longer be able to adequately and sincerely shine a light in its environment. The reason why is because Jesus is the light of the world and His light will not shine through us unless we truly love Him. How many churches are losing their light, losing their testimony, and losing their effectiveness because they have lost their first love for Jesus and for the things of God? Unfortunately, statistics show that there are many. Numerous Christian denominations in America today are lamenting the decline of their churches. The cause of this decline is not, as some might think, bad outreach strategy or bad organization but simply the fact that those in the church have lost their first love for God, are no longer doing the first works that they used to do, and are no longer preaching the Gospel and the plain teaching of Scripture as it was once delivered to the saints. You might be surprised, but statistics actually bear this out.

According to data that is being published this month in the Review of Religious Research, churches that hold to traditional Christian beliefs and that are more diligent in practices such as prayer, Bible reading, and the application of the word of God to everyday life are GROWING. So-called “mainline” churches that do not hold to these practices as much are DECLINING.

Similar numbers are carried out across the board in England, in Europe, and in Canada. Such numbers clearly show that churches that have abandoned their first love and that no longer do the first works are slowly losing their light. Their candlesticks are being snuffed out as they no longer have a valid witness for Jesus Christ in their communities. Each of us as individual believers ought to personally remember, repent, and repeat the first works so that we can save our local churches from a similar fate.