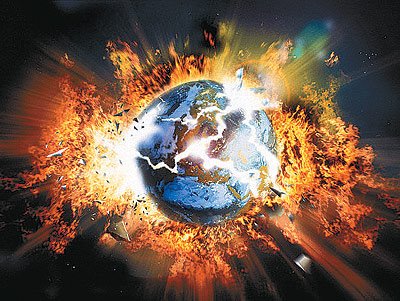 1 This know also, that in the last days perilous times shall come.

2 For men shall be lovers of their own selves, covetous, boasters, proud, blasphemers, disobedient to parents, unthankful, unholy,

3 Without natural affection, trucebreakers, false accusers, incontinent, fierce, despisers of those that are good,

5 Having a form of godliness, but denying the power thereof: from such turn away.

6 For of this sort are they which creep into houses, and lead captive silly women laden with sins, led away with divers lusts,

7 Ever learning, and never able to come to the knowledge of the truth.

8 Now as Jannes and Jambres withstood Moses, so do these also resist the truth: men of corrupt minds, reprobate concerning the faith.

9 But they shall proceed no further: for their folly shall be manifest unto all men, as their’s also was.

We have been looking at some of the specific signs which the Bible says will become increasingly evident in the behavior and lifestyle of people during the end times. In this series, we have looked at the following, all of which are mentioned in this passage:

Today, we turn our attention to the word “traitors.” Paul says that in the last days men will be “traitors.” The Greek word here means someone who is a betrayer or treacherous. It is only used two other times in Scripture. It is used in Luke 6:16 to describe Judas Iscariot. And it is used in Acts 7:52 where Stephen charges the Jewish religious leaders with betraying the prophets and Jesus Christ.

Speaking of betraying Jesus Christ, just this week, it was reported in TIME magazine that a Nashville megachurch has pulled a Judas and betrayed Jesus Christ who suffered and died for all sin by turning its back on hundreds of years of church doctrine and declared that it would allow practicing homosexuals to not only be members of the church, but to receive communion, receive baptism, dedicate their children, marry, and serve in leadership. I don’t know anything else to call that, but a betrayal of God, Jesus Christ, the Bible, and what the church has stood for for the past two thousand years.

Jesus Christ spoke of this spirit of betrayal in the last days when He said in Matthew 10:21, “The brother shall deliver up the brother to death, and the father the child: and the children shall rise up against their parents, and cause them to be put to death.”

When we think of the word “traitor,” we think of some infamous names in history: Judas Iscariot who betrayed Jesus, of course, but also Benedict Arnold who betrayed America; Brutus and Cassius who betrayed Caesar; Guy Fawkes who plotted to blow up the British Parliament; Ptolemy who invited Simon Maccabaeus and his brothers to dinner and then slaughtered them; Cain who killed his brother Abel; and Mordred who slew his father Arthur.

In Dante’s epic poem Inferno, Hell has nine circles. The lowest of these circles is reserved for traitors. In the very center of this circle is Satan, imprisoned in a lake of ice, for his betrayal of God. Satan is depicted as having three heads, and in each of his mouths is one of the worst traitors in history — Judas, Brutus, and Cassius — being gnawed upon for eternity.

In our exploration of these sins which will be increasingly demonstrated in the lives of men and women during the end times, we have seen time and again how the sins named in this passage repeatedly point back to two sources: selfishness and Satan. This sin of betrayel points back to both as well. Often, we refer to Adam and Eve’s sin in the Garden of Eden as “the original sin.” But, perhaps, it would be better to apply this term to Satan’s betrayal of God — the very first act of rebellion in the universe. Everyone who engages in the sin of betrayal and treachery follows the path of the first traitor, Satan.

The painful thing about the act of being a traitor is that it occurs between people who are supposed to be friends or at least loyal to each other. Jesus Christ experienced this type of betrayal. His experience was spoken of prophetically by David in Psalm 55:12-13. He said, “For it was not an enemy that reproached me; then I could have borne it: neither was it he that hated me that did magnify himself against me; then I would have hid myself from him: But it was thou, a man mine equal, my guide, and mine acquaintance. We took sweet counsel together, and walked unto the house of God in company.” That is the painful thing about betrayal..

Lives are destroyed, friendships are ruined, and alliances are divided by the act of betrayal.

Not only should we look at the world and note the ruinous effects of betrayal, but we must also look at our own lives and hearts. Even though we profess to be Christians and go to church faithfully, we often turn our backs on God in our hearts. Anytime we let pride, selfishness, materialism, expediency, money, or lust take first place in our lives, we are engaging in treachery from the heart. In speaking of Judas Iscariot, Pastor Jerry Vines said he “had the life of an outward saint but the heart of the devil.” How many of us are like that today?

In this world, which the Bible describes as “sitting in the lap of the evil one”, people betray the trust and confidence that others have in them frequently. Let it not be so with us who serve a God who loved us so much that He sacrificed His only begotten Son to save us from our sins and the punishment of sin. Let loyalty and dedication to Christ be the hallmark of our lives in a world where betrayal and treachery is the order of the day.

If you are with us today, and you do not know the Lord Jesus Christ as your Savior, allow me to share with you how you can trust Him for salvation so that you can be ready for His return.

First, please understand that you are a sinner, just as I am, and that you have broken God’s laws. The Bible says in Romans 3:23: “For all have sinned and come short of the glory of God.” Please understand that because of your sins, you deserve eternal punishment in hell. Romans 6:23 says “the wages of sin is death…This is both physical death and spiritual death in hell. That is the bad news.

But here is the good news. John 3:16 says “For God so loved the world, that he gave his only begotten Son, that whosoever believeth in him should not perish, but have everlasting life.”

If you believe that Jesus Christ died on the cross for your sins, was buried, and rose from the dead, and you want to trust Him for your salvation today, please pray with me this simple prayer: Holy Father God, I realize that I am a sinner and that I have done some bad things in my life. I am sorry for my sins, and right now I choose to turn from my sins. For Jesus Christ sake, please forgive me of my sins. I now believe with all of my heart that Jesus Christ died for me, was buried, and rose again. I trust Jesus as my Savior and I choose to follow Him as Lord from this day forward. Lord Jesus, please come into my heart and save my soul and change my life today. Amen.

If you just trusted Jesus Christ as your Saviour, and you prayed that prayer and meant it from your heart, I declare to you that based upon the Word of God, you are now saved from Hell and you are on your way to Heaven. Welcome to the family of God! I want to congratulate you on doing the most important thing in life and that is receiving Jesus Christ as your Lord and Saviour. For more information to help you grow in your newfound faith in Christ, go to Gospel Light Society.com and read “What To Do After You Enter Through the Door.” Jesus Christ said in John 10:9, “I am the door: by me if any man enter in, he shall be saved, and shall go in and out, and find pasture.”

God loves you. We love you. And may God bless you.